Salt of the Earth

Can’t believe I only just now saw the great 1954 film “Salt of the Earth.” (It was on TCM last night.) The only US film to ever be blacklisted. Thought to be the first feminist film. Directed, produced and written by black-listed Hollywood creatives, with a cast of mostly non-actors portraying a strike by union workers in 1951 New Mexico. A rare portrayal of the realities of union organization. The Mexican-Americans and “Anglos” work together in the union. US business and government would work for decades to destroy the popularity of labor unions and now white, black and brown workers don’t often feel the solidarity necessary to bring back union representation. 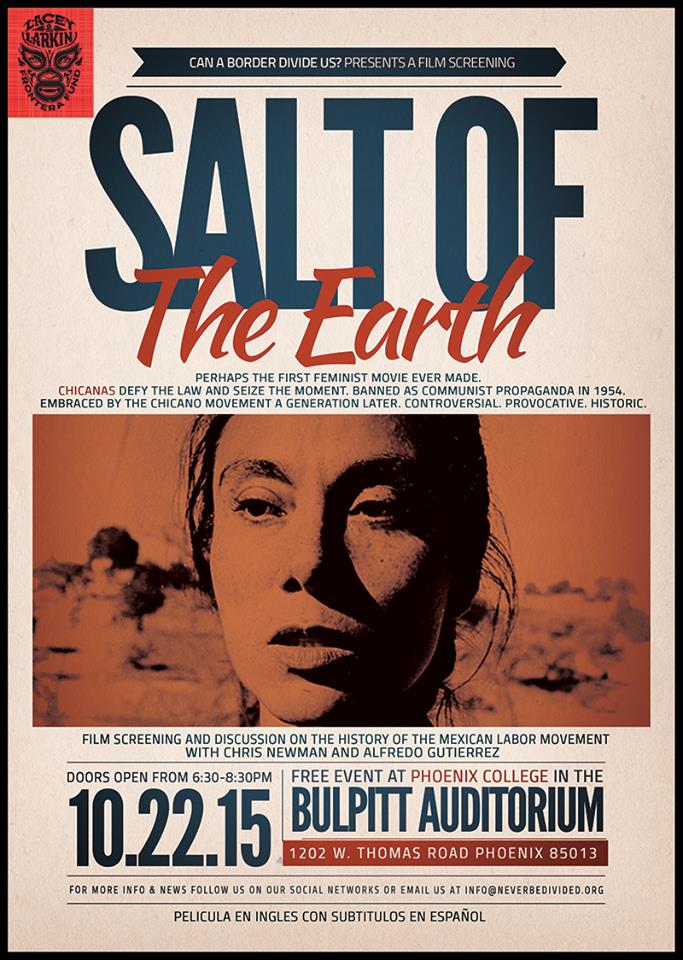